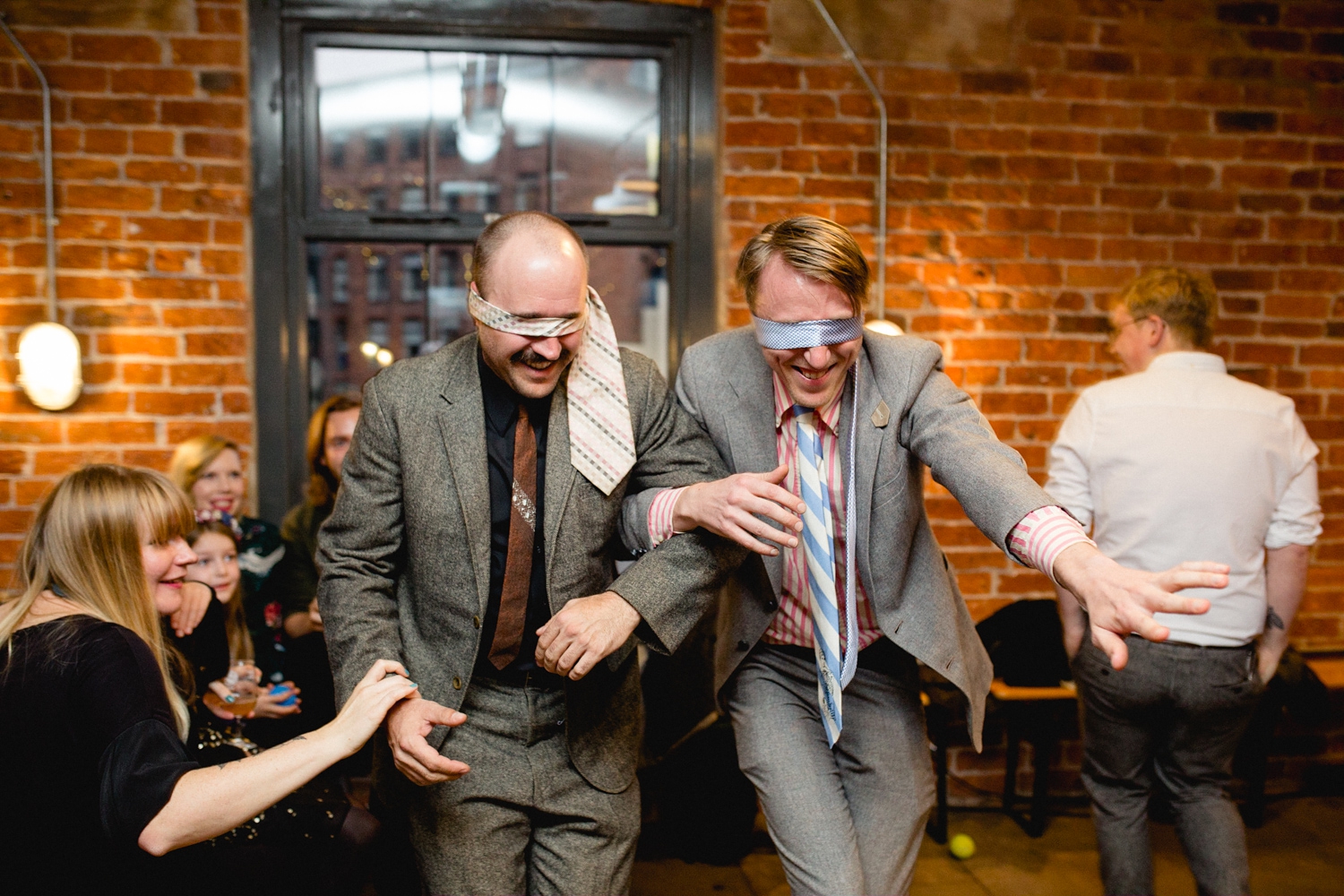 The Northern Monk Chapter Hall wedding venue is a location that covers all everything that I do, the brewery and beer side to my photography as well as natural and relaxed wedding photography. This is the second part of wedding. The first part of the celebrations covering the more formal side of the celebrations where they had a garden wedding is live here.

All of that was just day 1. The second part of the celebrations was over at the Northern Monk Chapter hall, on the top floor of the Refectory. A great private space, with it’s own bar, and plenty of space for whatever you want to do. Which for these two was a massive party. Guests were welcomed with a can of specially brewed beer called Flourish, and plenty of Northern Monk creations on tap, they had food served from My Thai, (The Beef Massaman was cracking as always ). There was a monster cake table from the  Bakehouse. Lucie Ketchin produced some custom table runners. All finished off with more of Tara’s flowers around the space.

Following drinks and food, the party kicked off with Northern Monk week quiz masters A tribe called Quiz. Not just any normal quiz, all the best wedding moments in quiz form. There’s was the “best man’s speech”, throwing of the bouquet long-distance toss outside, drunken uncle dancing, mother of the bride hat making and plenty more. It’ll be a challenge to beat that for entertainment. However what else will top that, the dance floor kicked off with the Hyde Park Brass band breaking into a monster set that had the whole venue dancing where-ever they were. It’s safe to say they put on a cracking party.