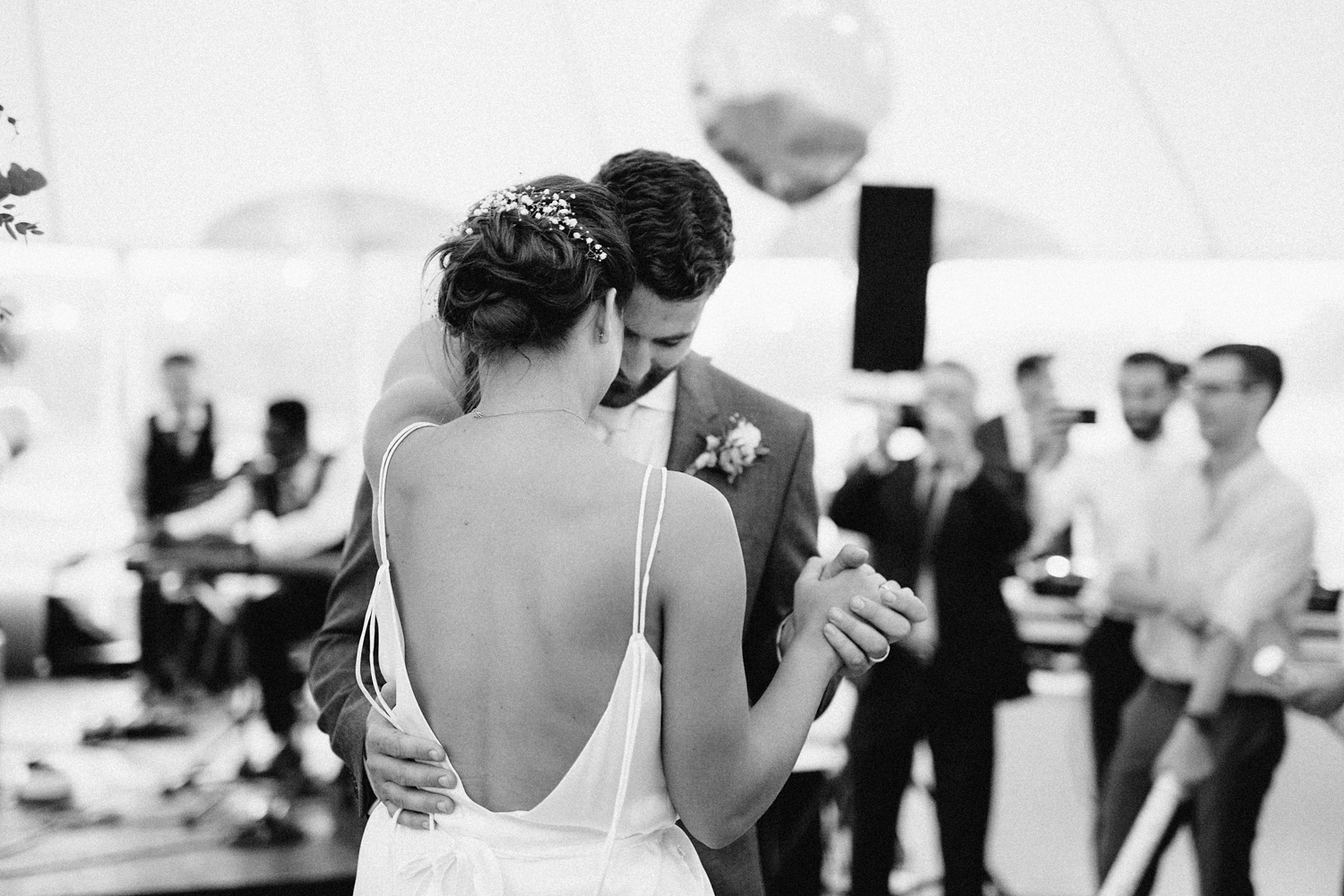 Nick and Sam had a lovely outdoor wedding in the summer against the Idyllic backdrop of Chipping Campden in the Cotswolds. The couple were incredibly lucky with the weather and chose to get married outside on her parents property.

The day started with pre-drinks and preparation overlooking the outdoor wedding set up, with Nick and Sam both choosing to get ready in the house. It was really lovely that they could get ready in familiar surroundings and family and friends could potter around the house, the lovely Newfoundland dogs wandered around saying hello to everybody.

The outside looked spectacular and with the legal part over and done with in London a few days before, the couple could really personalise their outdoor wedding ceremony and opted to get a friend to conduct the ceremony which added a really personal touch to the day.

As Sam approached Nick under the flower arch, Nick looked super happy to see her, soon after the proceedings started including a belting speech from Sam’s brother that had everybody in tears and fits of laughter. Heading down the aisle after some confetti shots the couple relaxed into the afternoon on the lawn with loadsa buckets of beer and fizz, spending the time talking to their guests and enjoying the band.

Soon it was dinner where the guests moved into the Tipi that had also been set up on the lawn of the property, decorated with touches of gold throughout, including sprayed table settings, balloons and contrasted by some greenery it complimented the lovely menus that were on the tables. Dinner soon followed along with more cracking speeches, the afternoon was filled with lots of love and laughter, and thankfully the British weather behaved itself.  The sun slowly set on what can only be described as an idyllic wedding setting, the local church framing the backdrop, the band kicked in and the drinks were flowing as the happy couple and guests set into enjoying the evening party.