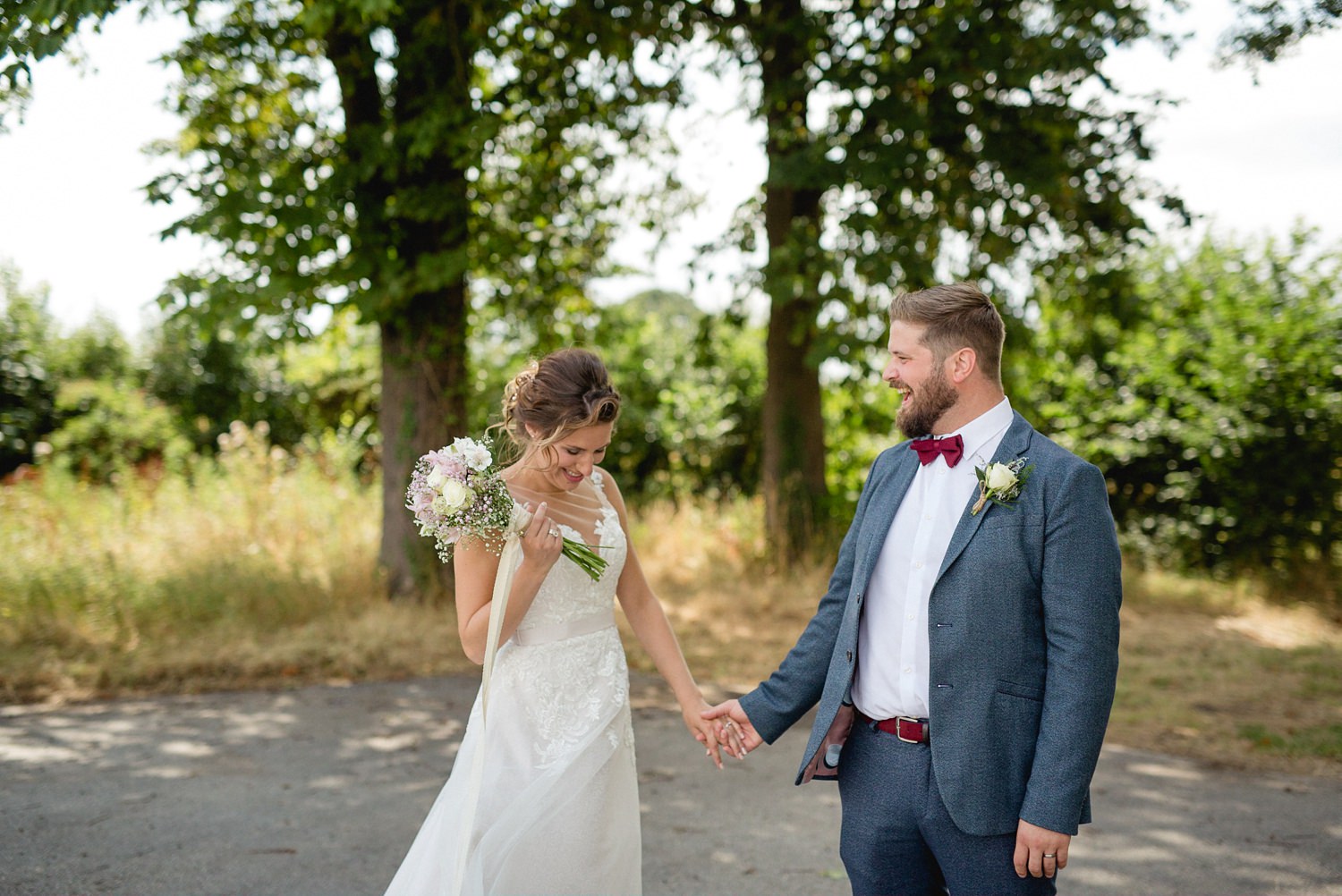 Now have I mentioned that I love an outdoor wedding? Like really love them, well if I haven’t you are in for another treat today, it’s Amy and Chris’s Hornington Manor outdoor wedding.

I knew shooting Amy & Chris’s wedding was going to be good fun from the get go, a couple that laugh often and know how to enjoy themselves, I also know now they throw a really good party too!

The setting was midweek at Hornington Manor in the outskirts of York, on a beautiful summers day. The men got themselves suited and booted at Hazelwood castle up the road, whilst the ladies spent the morning chilling and getting ready Hornington. All prepped and the sun out in force it was time to head out for the ceremony.

The couple opted for an outdoor ceremony under a canopy which made for some great shade from the summer heat, with the manor and its picturesque buildings framing the backdrop. After what can only be described as a beautiful ceremony and now officially Mr and Mrs the afternoon festivities were quickly in swing.

Platters of Yorkshire antipasti were offered around as a nice take on canapés, and included staples such as Pork Pies and loadsa meat and cheese, washed down with fizz, what more could you want? After chilling with their guests it was time for the all important speeches in the barn which were quite frankly hilarious with not a dry eye in the house dinner was served. The couple decided on a Mexican street food van for their meal and it went down a storm.

Post dinner we headed out into the greenery surrounding the manor for some portraits, what can I say these guys were a dream to shoot! So much fun and up for a laugh too, I left them to have some chill time along with some fizz before heading back in time to capture the dance-floor filling up and the all important shapes being thrown.

Amy and Chris were such a dream to shoot and threw such an ace chilled out wedding mixing outdoor, barn and DIY perfectly. Thanks for having me shoot your wedding, I loved capturing your day.